The Future of Display Advertising and 4 Tactical Hacks

30% increase in the use of ad blockers worldwide… falling ad revenues... Google’s heavy-handed regulatory approach… the future of display advertising is very much on the ropes. Some commenters such as Tom Standage, Digital Strategy Head at The Economist, even suggest that display ads could disappear entirely by 2025.

So why all the pessimism now?

Digital ad revenues continue to increase annually, for example in the UK by 17.3% since 2015 to £10.3 billion in 2016. The duopoly of Google and Facebook has emerged to dominate the market. They now bring in one-fifth of global advertising spend – a staggering £78.7 billion - slightly more than the total GDP of Morocco. Or to put it another way, 75% of all new online spending in 2015 was channelled through these internet giants.

Their dominance makes it very difficult for niche publishers to compete and advertisers are needing their ads to work even harder to drive incremental revenue.

We now know that 11% of the world's internet population are blocking ads, with upwards of 615 million devices using adblock technology.

Drill down into the details, and the trend becomes more concerning from an advertiser's perspective - with adblock penetration rates of 20% per online capita in Western Europe. And although mobile adblocking has yet to be adopted fully in Europe, it's only a matter of time, putting yet more strain on the industry.

What does this all mean?

Advertisers need to get smarter at maximising visibility for their ads. It is true that adblocking is a serious issue for advertisers. But initiatives such as Google Contributor and automatic whitelisting by some of the key adblock providers will mean that the adblocking trend is likely to plateau eventually as the internet community redefine what is deemed to be acceptable (non-intrusive) advertising.

Ultimately, this is a good thing as it will force advertisers to play by the rules and create higher-quality, relevant ads that complement content rather than further fueling user frustration. If executed right, the net effect of cleverly crafted display ads should be to improve overall brand perception and reinforce credibility.

So to maximise the chances of a successful display campaign, here are 4 sure-fire tips for future-proofing your display strategy:

1. Focus on a seamless digital experience

It's no longer 2012, so let's stop talking about 'mobile first' and let's talk about multi-screen experiences that consumers engage with. Almost all new smartphones have HD displays, phablets continue to be a growing trend, and desktops still maintain their place for certain key consumer segments. Therefore it is critical to design a display campaign that will look and feel the same irrespective of device. This includes the technical considerations of a responsive user interface (UI) that allows for switching between devices (e.g. laptop to smartphone) without any interruptions.

The audience might not be ready yet, but that doesn't mean advertisers shouldn't be ready to start planning ahead. As VR gradually expands out of the gaming sector and into commercial industries, there will be ripe opportunity to advertise to users immersing themselves in a 360-degree digital experience. One American media company has already capitalised offering two ad products that target VR users as they launch new content or during natural content breaks.

Instead of focusing on a single-point event e.g. getting a customer searching for cheap flights to click on your ad directing them to your booking page – consider what other stages of the buyer journey you could address to capture interest in your content. So, a customer might be thinking about travel insurance, transport to/from the airport, currency exchange etc. Consideration of the auxiliary needs of your target audience will help drive a meaningful display strategy that could achieve cut-through at any given point in the journey.

Ever bought an item of clothing online (e.g. walking boots) only to find that you keep getting followed by ever more display banners advertising... yep you guessed it... walking boots? Unfortunately, this is a very common and lazy remarketing tactic from advertisers. Smart remarketing looks at what a buyer has purchased and can then serve up display ads that will cross-sell or up-sell other relevant goods/services (e.g. rain jackets, rucksacks etc.).

What other tips have you found to be most successful? We'd love you to share them with us. Tweet us @tbt_marketing or drop us a line at [email protected]

Clearly, there are obvious challenges to making a display campaign successful – strong visuals and copy are critical to making a difference between cut-through or irrelevance. Yet getting smarter about implementation, and the creative opportunities with display advertising should ensure that this can still be a viable channel for businesses wanting to go to market with an awareness or lead gen campaign.

Are you considering display advertising in your end of year marketing plans? Do get in touch – [email protected] or 01373 469270 if we can help steer the right kind of campaign, or put together some stunning visuals to inspire your next big idea. 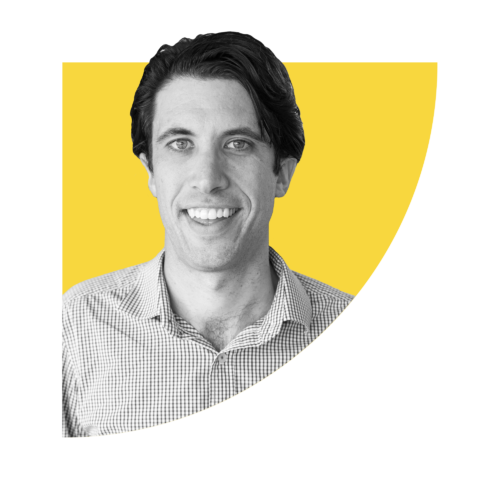 Other articles by Ben Reynolds

Ben Reynolds looks at the challenges in today's content marketing landscape and how it's all about building the right relationships with your audience.

Augmented reality, guerrilla tactics, push notifications – all of these are examples of disruptive marketing. But we would do well to learn the lessons to see how we apply it to the B2B sector.

What are the key lessons for successful brand evolution?

Pardon the interruption, but we would like to set some cookies. We do this so that you get the best experience and we can monitor and improve the website's performance. We can only do so with your permission, please read our Cookie Policy.