The inside of concrete and steel data centres used to be typified by funky blue or red lights, the kind of thing you would expect to find on the set of a Star Wars movie. The colours are there to reflect a futuristic feel, but a Data Centre’s carbon footprint can be more like something from the industrial age. The colour they should all be is green – sustainably powered to ensure that the hosting of websites/digital services and powerful compute doesn’t have a harmful effect on our climate.

Way back in 2008, The Smart 2020 report published by the Climate Group and GeSI revealed that in 2002 the global Data Centre footprint, including equipment use and embodied carbon (a.k.a the carbon footprint), was 76 Metric Tonnes of CO2 - expected to more than triple by 2020 to 259 Metric Tonnes of CO2, making it the fastest-growing contributor to the IT sector’s carbon footprint. More recent data suggests that estimate from 12 years ago was conservative at best, and today we know the amount of energy needed to power our Data Centre growth doubles every four years!

It’s not easy being green

Whenever anyone is asked about ‘going green’, the response is always something like “I do my bit”, but when it comes to commercial enterprises, it’s no longer acceptable in customers eyes to be doing the minimum. Companies are empowered to be thinking green on a bigger scale and when it comes to one of the biggest power-consumption parts of any business, it’s server hosting. It’s now an important consideration to actively be tackling the climate crisis by choosing to host efficiently. Yet, by most companies’ own admissions, going green hasn't been the number one factor when it comes to co-locating servers or running high-performance computing (HPC) tasks in the cloud.

“The energy consumption of data centres is set to account for 3.2% of the total worldwide carbon emissions by 2025 and they could consume no less than a fifth of global electricity!” (Climate Home News, 2017)

The green Data Centre faces an interesting future, often located in cooler climes like the Nordics with renewable energy sources and typically cheaper electricity. But the fundamental factors that remain for any business considering colocation or high-performance computing in a cloud infrastructure is the performance of that server, the latency, how cheap it is to run and how secure. For some, green credentials will be some way down the list, no matter how good it might make the company in question look to the wider world.

Clearly decisions made about where and how a company stores its data has a big impact on the measurable sustainability of an organisation. Yet it’s quite revealing how many companies remain oblivious to their real server carbon footprint. In a 2018 survey of executives in the Nordics, a region widely associated with proactive green policies, it was found that although sustainability was the fastest rising factor driving business decision-makers, 60% didn’t know the physical location of their data. Such data location ignorance is also an excuse that can no longer be used if a company wants to play its part in a sustainable future.

So, what are the major challenges that organisations have when choosing the right server location, be it renting server space for a growing computing need or intensive compute using high-performance computing technologies? A full cost/benefit analysis would be undertaken and the key to working out efficiency is the PUE. This figure for power usage effectiveness (PUE) is a ratio that describes how efficiently a computer data centre uses energy; specifically, how much energy is used by the computing equipment, in contrast to cooling and other overheads. A good figure is a low PUE number, typically for an efficient data centre, this is around 1.1 to 1.4.

So where should companies choose to locate your next Data Centre to ensure a business can be efficient and run on a low PUE premises? The Nordics has proven particularly attractive, offering renewable energies from hydro and wind sources as well as strong government support, high-quality fibre infrastructure and ample affordable land. Often not so talked about is the political stability of the nations and the ease of doing international business there.

The Nordics are set to see huge continued investment as well. In 2018 it was predicted that by 2025 investments would double, securing the Nordics as the premier location for situating many Data Centres. Though it attracts the hyperscalers in Apple, Amazon and Facebook. It’s also the place where the world’s demanding cloud compute, cryptocurrency mining and server colocation is made highly efficient.

The demand for the truly green Data Centre has never been higher, but it’s a competitive market that’s hard to stand out in. We know that planning and executing a marketing strategy that sends the right message to green-leaning clients (or perhaps those that are not so green yet), is critical to success. So whether you are marketing your own Data Centre or you’re a company looking to construct the right message about going green in its data, give us a call on +44 (0)1373 469270 or email us at [email protected]. 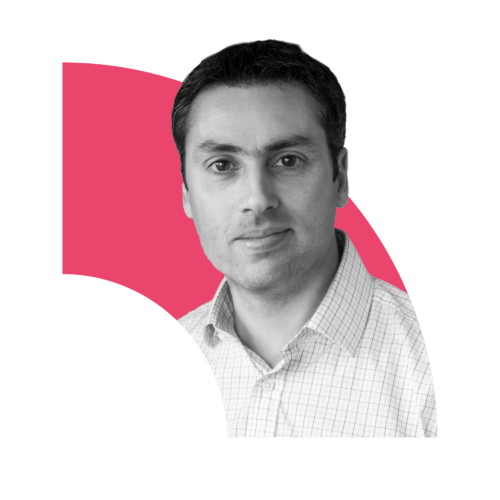 Data-driven marketing isn’t just a trend, it should be the only way to make informed marketing decisions in the digital-led economy. Christian Hall looks at how to extract some of the most important marketing data from your Google Analytics and how to read that data correctly.

Before you leap into your next campaign, consider the longer-term view for greater rewards in your marketing efforts.

The rules of engagement: Changing habits in B2B social media

Christian Hall examines the rapidly changing landscape of social media and how businesses are taking advantage of new digital formats.

Pardon the interruption, but we would like to set some cookies. We do this so that you get the best experience and we can monitor and improve our website's performance. We can only do so with your permission, please read our Cookie Policy.